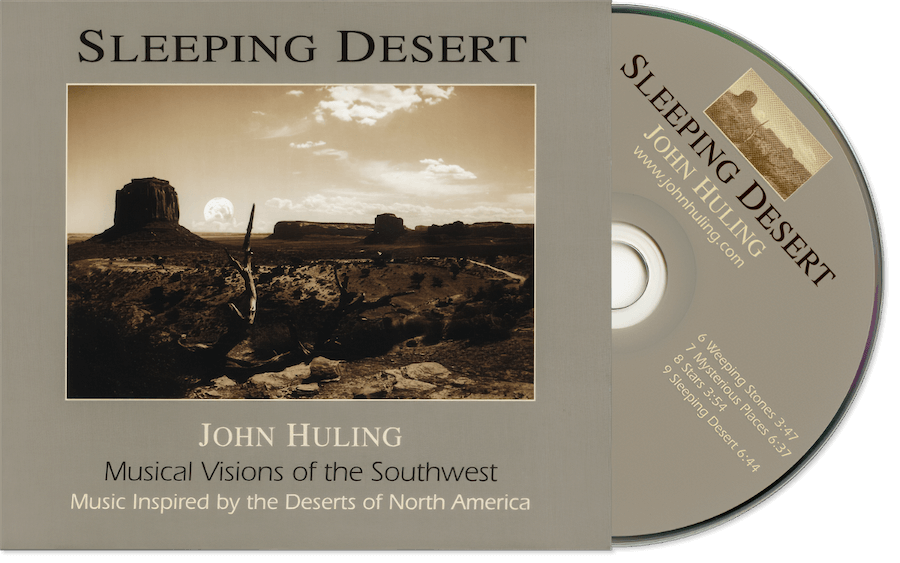 Sleeping Desert - Music Inspired by the Deserts of North America

Sleeping Desert is meditative and reflective music. Enjoy a mellow journey inspired by the peace and tranquility of the Southwest Native American Deserts. The music provides a calming and relaxing atmosphere for healing, meditation and reflecting. Sleeping Desert is hauntingly beautiful music that can help you unwind, relax and sleep.

Still a #1 top selling composer, performer and musician since the mid 1980’s, John Huling’s music is heard and sold throughout the world.

#1 Bestseller for nearly 14 years! In the top 10 for the last 16 years! Music Inspired by the Deserts of North America. Also, try North Star Meditations Under Desert Skies, Southwest Passages or Canyon Light, the newest in the Musical Visions of the Southwest series from John Huling. Sleeping Desert New!Music from the Desert Southwest.

“I got Sleeping Desert for my Mom as a gift. She listens to it every night while going to bed. She says it really helps to calm her nerves.”