More Musical Visions from the Southwest 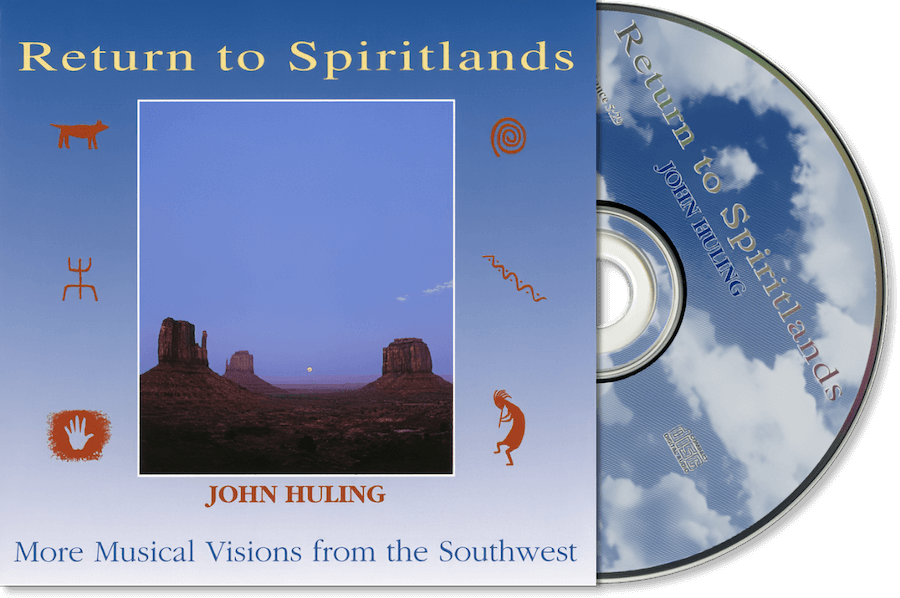 Native American Flutes, Indian Drums and a host of other instruments round out these beautifully inspired “musical stories.” Return to Spiritlands (previously called Ancient Canyons between 2001-2021) is a continuation of John’s Spiritlands and Desert Plateaus. This is John Huling’s fifth album from his hugely successful “Musical Visions of the Southwest” series.

These “Musical Stories” reflect the beauty and grandeur of the Southwest like no other music you have ever heard. Whispering winds, gentle rains, distant thunder, babbling brooks, birds, coyotes and other animals murmur in the distance as you journey back again and again in…Return to Spiritlands.

“We gaze across the plateaus and mesas of a land time seems to have forgotten. We hear the sounds of children, long past, laughing and playing in the fields of corn. Loving mothers and fathers are gathering and working amongst the plazas of stone. We feel an overwhelming sense of peace. As we close our eyes the midnight sky thunders and the elders of yesterday whisper their ancient stories…the stories of the Spiritlands.”