Oceans of the World Music 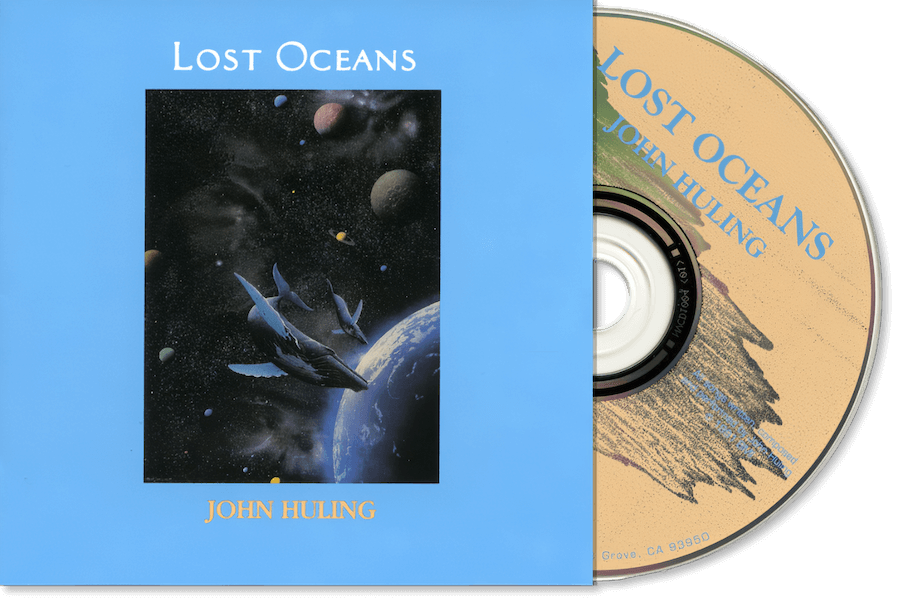 Lost Oceans by John Huling evokes beautiful musical visions and imaginings from the space above and below the oceans of our world. His “Oceans of the World Series”, was the first ever exhibit with music specially created by John for the Monterey Bay Aquarium in California and numerous other Aquariums around the world starting in 1986. Blue Canyons and Pacific Winds have been favorites for many, many years. Huling’s music has been heard by millions of people at dozens of various museums and exhibits around the world for more than 30 years..

Lost Oceans includes Pan Flutes, Angelic Voices, Whales, Shorebirds and Gentle Ocean Waves that provide the listener with a relaxing musical odyssey. Huling’s strong sense of melody is enhanced even further with ocean surf and the plaintive call of seagulls. He uses choirs and strings as the background bed of sound. Pan flutes are supported by electric piano, assorted percussion, and acoustic guitar, to conjure up his impressionistic visions of the earth’s beautiful ocean waters.

The album opens to a bouncy kalimba piece with “Primitive Beginnings,” moving to several mid-tempo pieces then slowing down on “Hope,” where his well known Pan Flutes and keyboards create an almost hymn-like atmosphere.

“Whale Dreams” is an outstanding evocation of the almost mystical presence of the great cetaceans, with mystical sounds surging forward then receding over a constant heartbeat and the deep sleepy sounds of the whales themselves. The album ends with the 12-minute title track, a slow dreamy piece featuring echoey pan flutes and shifting ocean waves. (now on the compilation Jelly Music)

Lost Oceans demonstrates a new level of artistic depth in John Huling’s 1991 work and is his most mature and satisfying offering yet.  Also from the John Huling Musical Visions Series listen to Jelly Music.

Leonard Nimoy narrated one of the first ever documentaries about Jelly Fish. John Huling’s music became the most popular “musical backdrop” for this incredibly popular exhibit  and video.