Soft Beautiful Music and Sounds of the Ocean 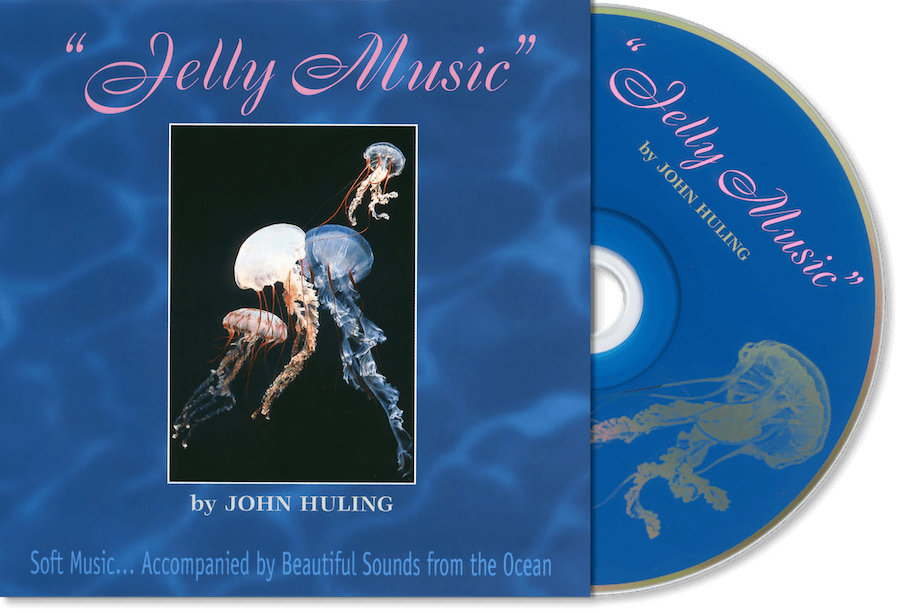 This exquisite all original music by John Huling provides the audio backgrounds for numerous Aquarium and nature exhibits around the world that have Jelly Fish in their exhibits.

Ethereal sounds of John’s pan flute music is set against the sound of gentle rolling ocean waves.  The sounds of Humpback whales from the deep blue sea create a soothing and relaxing atmosphere. Take an imaginary and peaceful journey to the undersea world with Jelly Music!

Thousands upon thousands of Huling’s Open Spaces, Blue Canyons, Shorelines and Lost Oceans cassettes and CDs have been sold throughout the world as a result of the popularity of not the just the exhibit but the music itself. So Huling decided to compile some of the most requested songs from his “Oceans of the World Series” music. Over the years John Huling’s Jelly Music has been heard at nearly every Aquarium around the world from Osaka, Japan, to the Boston Aquarium. Huling’s music has been heard by millions upon millions of fans world wide who stroll through these exhibits.

Hear and enjoy the real original best selling “aquarium music” in history. This is the nature music that started it all. Jelly Music from Musical Visions from the “Oceans of the World Series”.

“The Original Monterey Bay Aquarium Music …I grew up listening to John’s music…I Love it…My kids even listen to it!“

Jelly Music: Oceans of the World Series by John Huling
Included in this collection of songs are:

Q: Who did the original music at the Monterey Bay Aquarium?

A: John Huling composed and recorded the original music for the Living Treasures of the Pacific at the Monterey Bay Aquarium in 1987-1989. The first songs were entitled “Open Spaces” and “Pacific Winds” and “Blue Canyons”. They were and still are the longest running music in the history of any public Aquarium or museum. Even after more than 30 years Jelly Music is still popular and continues to sell long after it was originally composed for the Jellies Exhibit.