Musical Visions of the Southwest 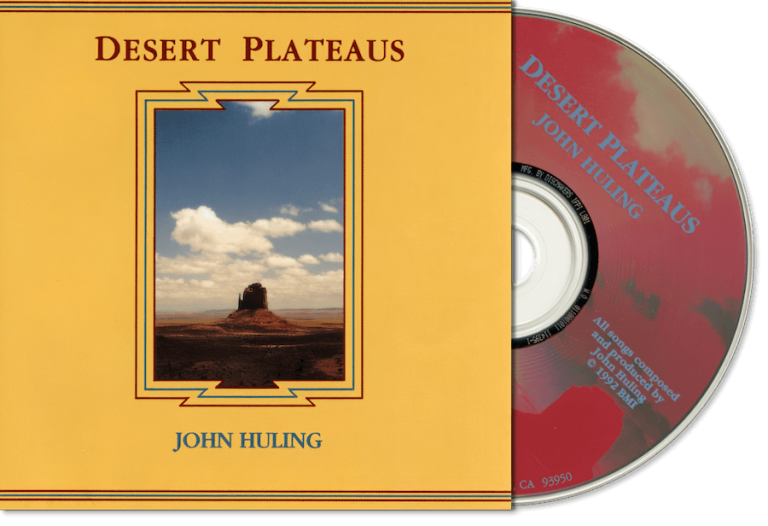 Included are the sound of Thunder and Rain which set the tone for these beautiful melodic Native flute songs. Native American Flutes from the Desert Southwest of the USA, Ancient Pan Flutes, Indian Drums and keyboard instruments weave a tapestry of sound reflecting the serene yet sometimes mysterious Nature of the Canyons and Desert Plateaus of the North American Deserts.

“There is a peace felt in these canyons and mesas unlike anywhere else I have ever been. Perhaps it is the isolation from the busy world, maybe it is the beauty and wildlife that surrounds you, or maybe, as I believe, it is the spirits of a long-lost civilization that inhabits these Desert Plateaus.” Listen to Under Desert Skies, Spiritlands and Return to Spiritlands also by John Huling.

The story begins… Life began for an ancient people known as the Anasazi (Hisatsinom) in an area referred to as the Four Corners region of the United States, where the states of Utah, Colorado, New Mexico and Arizona come together. It is a high plateau country stretching for hundreds of miles in all directions. Where these people came from and where they went over a 1400-year period can only be theorized.

Huling’s distinctly Southwest Desert Music is the culmination of more than 9 months of living in and around these Desert Plateaus. Some of the most unique terrain and wildlife in the world can be found there.

Many of the nature sounds heard on this album were recorded ‘live’ as they actually happened while the music was being recorded. Several of the inspired Solo Native American flute songs were recorded amongst the Anasazi ruins themselves.