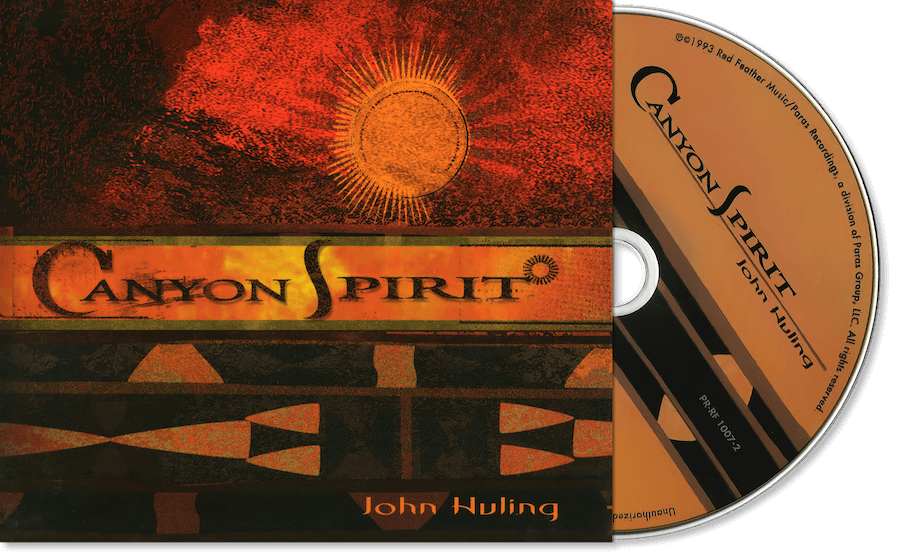 The Native American Indian ruins of the Anasazi, who lived deep in the canyons and high amongst the mesas and plateaus of this mystical Southwestern landscape, provide the perfect “Music for the Spirit”. It’s the perfect music for yoga or tranquil meditation. The contemplative backdrop for these exquisite Native American flute songs includes soft babbling brooks, birds and other beautiful nature sounds that weave their own gentle melodies in the distance as the spirits of the past echo in the canyons.

If Solo Native American flute music with the sounds of nature is what you want then… Canyon Spirit and the new Prayers in the Wind by John Huling are the ones to get!

“If you want to listen to John Huling playing just Native American Flutes with the sounds of nature this is the one. Especially unique is the many songs recorded live.”

John’s Native American flutes are accompanied by nothing more than the soothing sounds of nature recorded live around the Mesas and Canyons of the Southwest. An absolutely wonderful album of more traditional Native flute melodies. Canyon Spirit is a must have for lovers of the Native American Flute. Also, try the new release Prayers in the Wind.

Prayers in the Wind