More Musical Visions of the Southwest 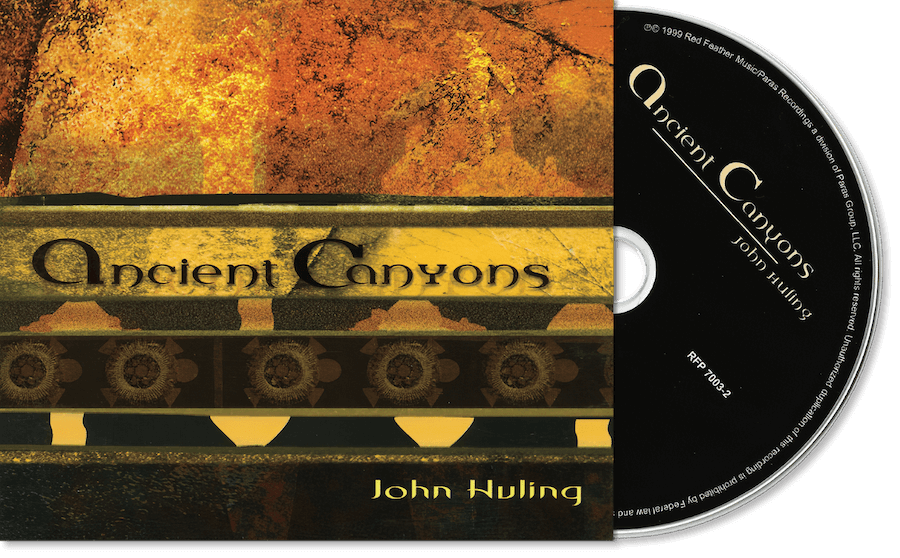 AVAILABLE AS RETURN TO SPIRITLANDS NOVEMBER 1, 2022

Ancient Canyons is Native American Flutes, Indian Drums and a host of other instruments that round out these beautifully inspired “Southwest musical stories.” This is John Huling’s fifth album from his hugely successful “Musical Visions of the Southwest” series. Return to Spiritlands is now called Ancient Canyons (renamed by the record label) and is a continuation of the Spiritlands and Desert Plateaus “Musical Visions of the Southwest Series”.

These “musical stories” reflect the beauty and grandeur of the Southwest like no other music you have ever heard. Whispering winds, gentle rains, distant thunder, babbling brooks, birds, coyotes and other animals murmur in the distance as you journey back again and again in…Return to Spiritlands. Ancient Canyons is the exact same music as Return to Spiritlands.

If you already own one of these titles you don’t need to buy the other. We suggest trying Southwest Passages, Plateau of Dreams, Winter Solstice or some of the other new titles from John Huling.

“While at the Heard Museum in Phoenix, Arizona, I spent several hours viewing recent 1000+ year old Indian artifacts. I stopped by the gift shop on my way out and there I sampled a score of different CD’s from several different artists.  Upon sampling John Huling’s ‘Ancient Canyons’ I knew I wanted this CD. I was immediately drawn to the sound of coyotes in the far off distance.”

“John Huling’s flute playing gives voice to the ancient peoples calling across the gulf of time. The music and masterful flute performances caused me to imagine the ancient past.”

“Formerly known as Return to Spiritlands, this award-winning follow-up to Spiritlands uses Native American flutes, Indian drums, and a host of other instruments to create a delightful and unforgettable desert experience.”

John’s Native American flutes are accompanied by a variety of other instruments enhanced with the soothing natural sounds of nature recorded around the Mesas and Canyons of the Southwest. North Star Meditations is truly a healing meditative musical experience. John created this music for healing the mind, body and spirit.