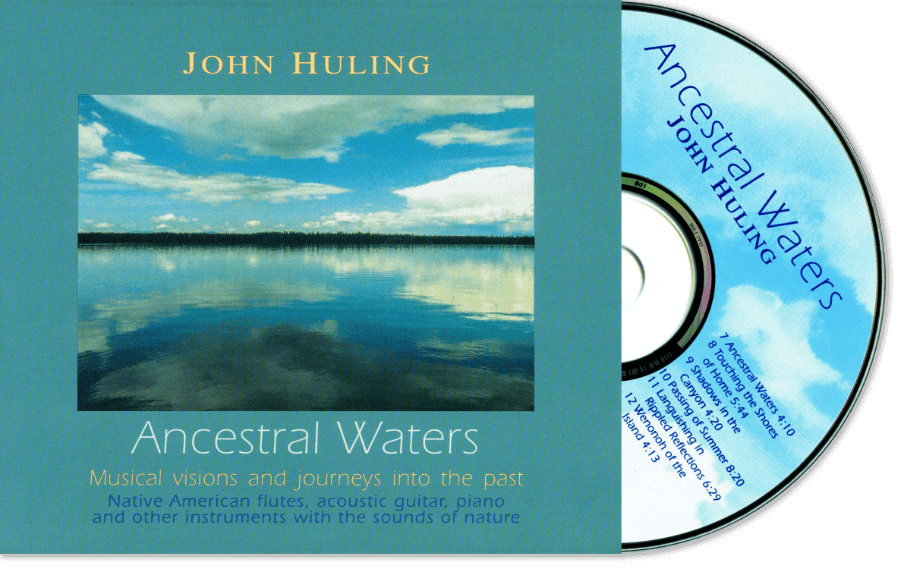 Ancestral Waters CD - Musical Visions and Journeys into the Past

As always Huling’s Flute music is an original musical master piece.  The gentle whispers of rivers, brooks, birds, thunder, rain and the many other sounds of nature provide a calming, relaxing and meditative backdrop to this beautiful music from John Huling ‘s eleventh release.

“John Huling is the original expert and master at crafting Musical Soundscapes for more than 25 years that mirror the majesty of the Ancient Lands of the Native southwest.”

“Wonderful!  …”Five out of Five Stars!”

“With strong organic hues and serene melodies, the music of this album will bring listeners peace while setting their imaginations a flight.  Highly recommended!”